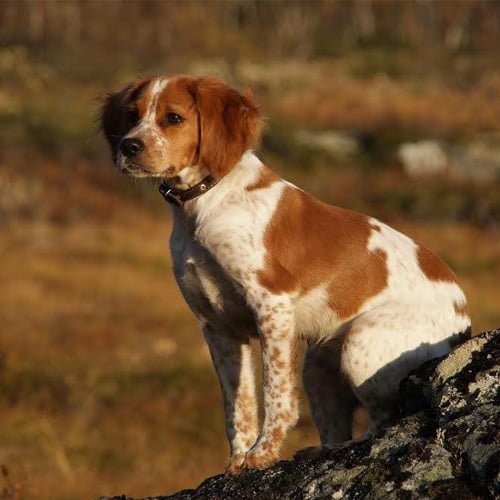 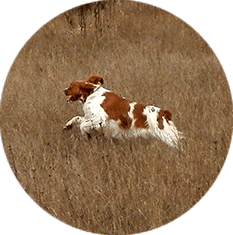 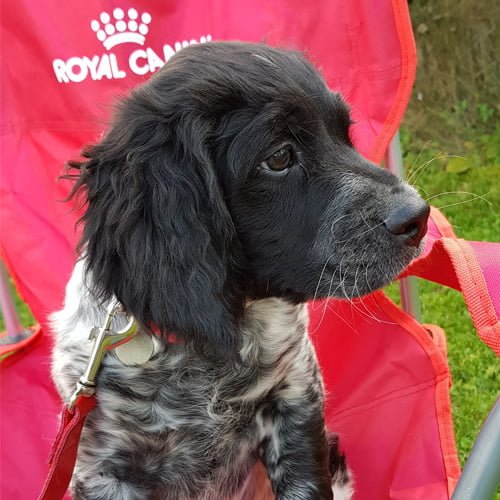 From what I can recall, I was brought-up always surrounded by dogs. There was this special place for human’s best friend in my house where my family and I would care about our dogs, bring them up properly and finally, become as attached to them as you can take a liking to a sweet, devoted pet.

My doggy adventure wasn’t always the same- I had a bunch of crossbreed dogs, a German Shepherd, Welsh Terrier, then a Russian Greyhound, Caucasian Shepherd, Amstaff and a Cocker Spaniel.

I’ve been a member of ZKwP (Kennel Club in Poland) since 1986. The story about Epaton (epagneul breton), my own kennel, begins in 1999 when I became a part of “Brać Łowiecka” (“Hunting Brotherhood”) – a group of people fascinated with nature who not only know it’s needs better than others, but also make sure precious treasures of our nature are being taken care of. I used to think I was going to become a forester, but apparently I wasn’’t destined to… Nonetheless, my need of staying close to nature never changed, hunting became a chance for those old dreams to still, in a way, come true.

I was looking for a working gundog at the time, a true, born and bred one, not just some puppy that looks nice next to your equipment. My expectations were clear back then, my new dog was supposed to be small (already had two big dogs back in those days – a German and Caucasian Shepherd) and a part of Pointer family because bird hunting is what I find the most enjoyable about this sport.

The definition of the Epagneul Breton breed – “Maximum of possibilities in minimum required amount of time”, appealed to me very much and after years of experience I can only wholeheartedly agree with it.

During year 2003 I was just getting familiar with the breed when an idea of buying a stud-dog and starting our own kennel business was born. After a long time of looking for the right father of our future Epaton pups I found an Italian line and bought a puppy for which I chose the name MACHO. Macho turned out to be a wonderful pal and brilliant gundog.

Unfortunately, after years of bringing the first dog up the right way and going hunting together Carrera died tragically taking our hopes for her future puppies with her, but suddenly an unexpected opportunity of buying her sister, CORSA Bretonka, arose. I, of course, snatched the opportunity…

First puppies, with names starting from different letters, whose father was Macho were, in my opinion, given into best of all hands.

At the time any knowledge when it comes to the Britanny Spaniels among hunters and outside the hunting community was unknown. The fact the Britanny is actually a Pointing dog used to be considered controversial, but a quick abilities demonstration in field as well as in water resolved all the doubts.

First Epatons were rather similar to the Canadian type – bigger than the European ones (although even dogs from the same litter would sometimes differ). When hunting Britanny Spaniels of Canadian blood worked much like how it typically is with small short-haired German Pointers, but stronger, more self-dependent, all-around and eager to catching the animals than the European field trial types tend to be. Fetching a fox is nothing out of ordinary for this breed.

My Carrera Bretonka was capable of flushing a springhare from approx. a 500-metres-distance in a deep snow which would always impress my colleagues from the Hunting Club I’m a member of.

The Epaton breed gave birth to over one hundred dogs that now work a dream hunting and making their new owners very proud. Making sure my dogs are great in assisting hunters is a priority for me as a breeder.

POLA Epaton competed for Andriej Vlascenko’s Ukrainian team at European Championships for Bretons in Busek-Zdrój in 2010 and not only did she turn out to be the second best dog in her category, but was the dark horse of the whole event from the very first day of the Championships. Pola was the only one out of 32 dogs competing that day that found, pointed and fetched a grouse. Everyone was also delighted with her exterior features. After an overview of the exterior qualities during those Championships our bitch received 19/20 points from two international judges. Successes like such keep us going and motivate us to keep working on improving the breeding so that hopefully one day it becomes well-known outside of our country as well.

I would like to dedicate this site to members of my Family. Without their understanding and patience there would be no achievements for me to boast about.

Sending my greetings to fans and Epaton dogs owners’ loved ones. 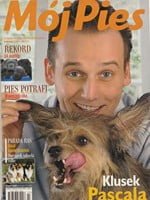 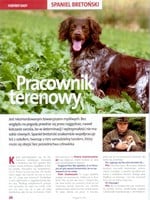 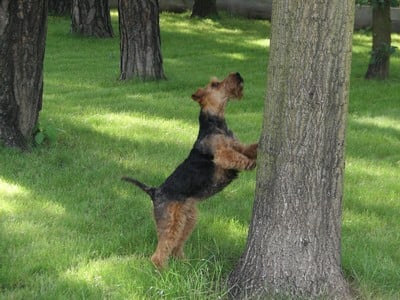